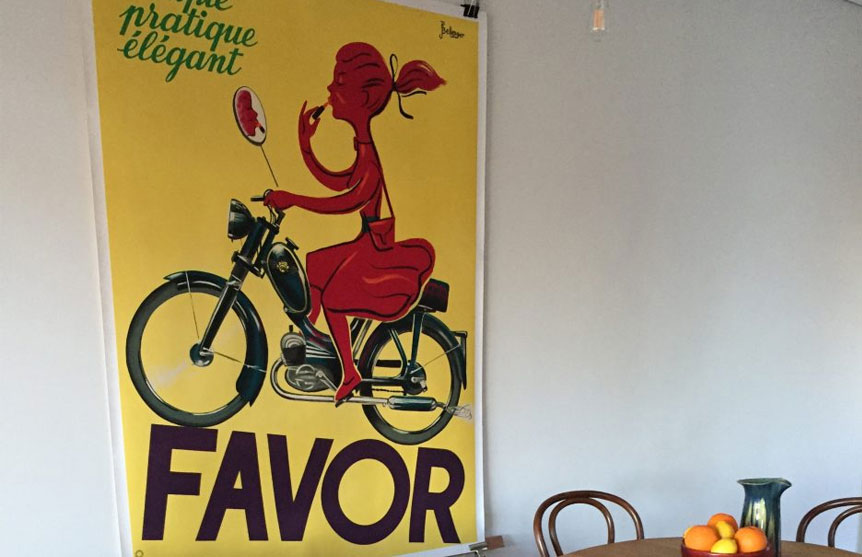 ‘Favor’ was established in 1898 as a manufacturer of bicycles by founder Guillaume Etienne, in central France. Favor manufactured their first motorcycle, which was a 125cc two-stroke, in 1921.

The company, which began to grow in popularity with both men and women, built midrange two-stroke and single cylinder four-stroke engines.

During the late 1950’s, the European motorcycle industry suffered due to the popularity of small car sales, during this time, Favor ceased the manufacturing of motorcycles. However, Favor continued to produce motorised bicycles, which is what we can see depicted in the rare and sought after Favor poster by Bellenger from 1952.

Bellenger was a famous French graphic artist, and his designs for Favor have become renown world-wide. 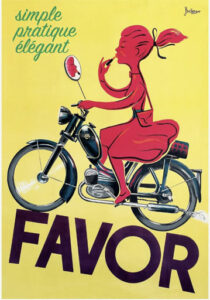