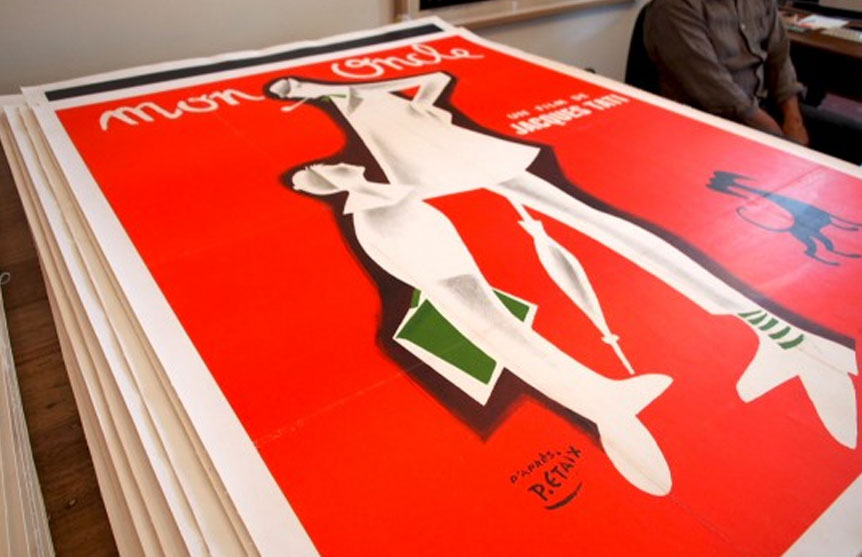 Pierre Etaix, (French actor-director-comedian) was not only the assistant director for Jacques Tati’s film Mon Oncle, 1958, but was the designer of the film’s iconic poster; a novelised silhouette of the central character, Monsieur Hulot.

The Mon Oncle poster that we have is not the first edition of the poster printed in 1958, but an original poster from the re-release of the film in the 1970s. This is indicated by the use of “D’Après” before Etoix’s signature on the bottom left of the poster. “D’Après,” meaning “after”, is often found on posters where an existing image has been used in subsequent prints; it can be understood as a form of artistic “credit”.

In some cases, “D’Après” may even be found on original releases, particularly advertisements where pre-existing images are used for a poster.