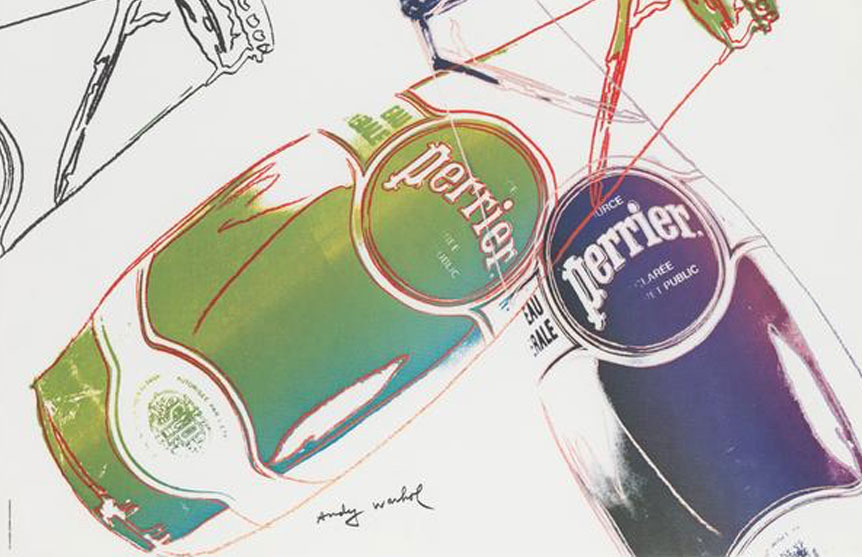 During the beginning of the 1980’s, Warhol began accepting commissions from a range of manufacturers and businesses; this screen print was an experimental design for French mineral water, Perrier, from 1983. In the same year, it was awarded the Grand Prize of the French Poster. This Perrier poster is held at the Scottish National Gallery Of Modern Art, the Tate and MoMA. We are lucky enough to have this RARE six panel poster as part of our unique Andy Warhol collection! 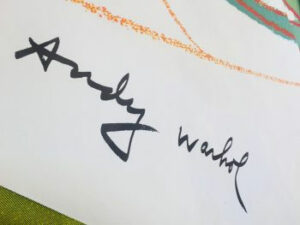 Few American artists are as instantly recognisable as Andy Warhol; he is one of America’s most influential artists from the early 1960’s, up until his untimely death in 1987. In the 1960’s, New York exploded with a new movement, Pop Art. At the forefront, Warhol began to examine themes of celebrity, pop culture and advertising in his works.

Consumer goods and advertising imagery were flooding the lives of a post-war America, and Warhol used brands such as Coca-Cola, Campbells soup cans, and Brillo soap to discuss themes of consumerism, American identity, and transform everyday objects into works of art.