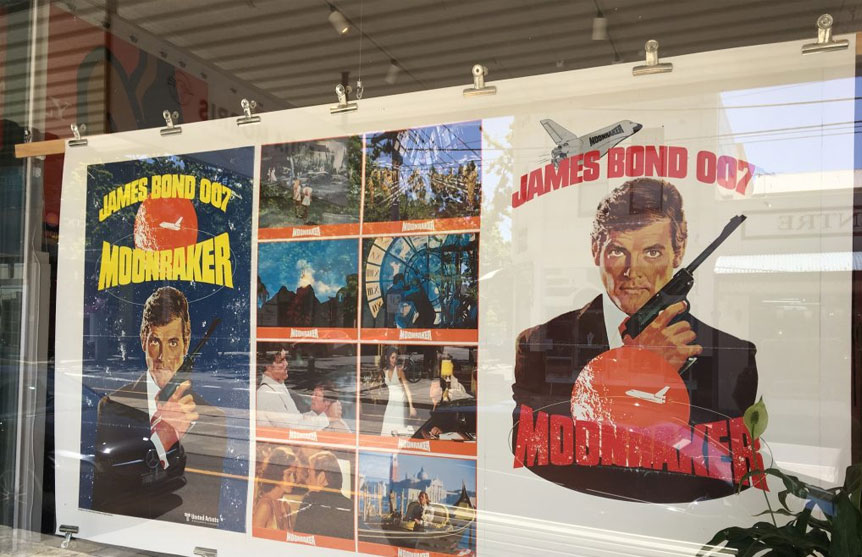 Released in 1979, Moonraker was the eleventh James Bond film which stared Roger Moore and was directed by Lewis Gilbert, who previously directed two other James Bond films including; You Only Live Twice (1967), and The Spy Who Loved Me (1977). 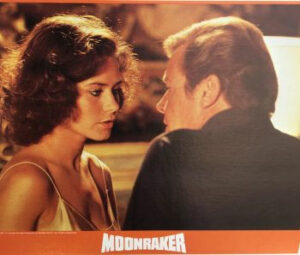 The plot of Moonraker sees British Secret Service agent Bond 007, travel to Venice, Rio De Janeiro and even outer space to supersede, Sir Hugo Drax (played by Michael Lonsdale) who’s aim it is to restart the entire human race… from space! Bond meets the beautiful CIA agent Holly Goodhead (Lois Chiles) and both are on a mission against time in an effort to stop Hugo Drax from his scheme to destroy all human life on earth…

This is an original vintage film poster produced in 1979 for the release of the film, this is a RARE poster which is linen backed and in excellent condition!