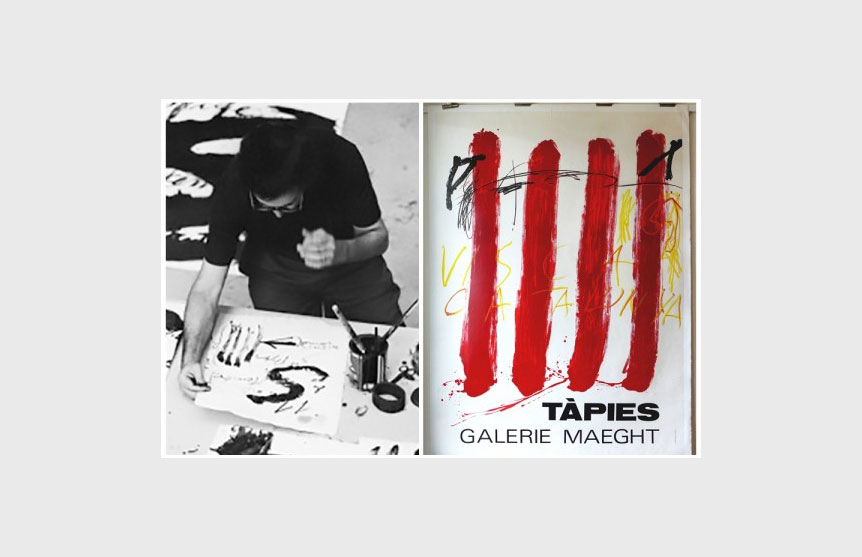 Antoni Tapies, (1923 – 2012) is one of Catalan’s best-known artists. His work and ideas have had significant influence on the art-world, where he co-founded the Dau al Set movement in Spain, which has also been associated with the Surrealist and Dadaist movements. Today his work can be found in numerous major international collections.

Tapies utilised his art as a means to express Catalonian struggles, and particularly throughout the 1970s his worked is marked by symbols of Catalan identity.

Notably, he harnessed and used the poster as an instrument for Catalonian emancipation. In fact, all his posters are connected to events in the social, cultural and political history of Catalonia, whereby even his posters announcing exhibitions contain a type of manifesto-essence about them.

This is best seen in his poster for his 1972 show at Galerie Maeght, Paris, where the message, “Visca Catalunya” (long live Catalonia) is scribed across the 4 bars of the Catalan flag.