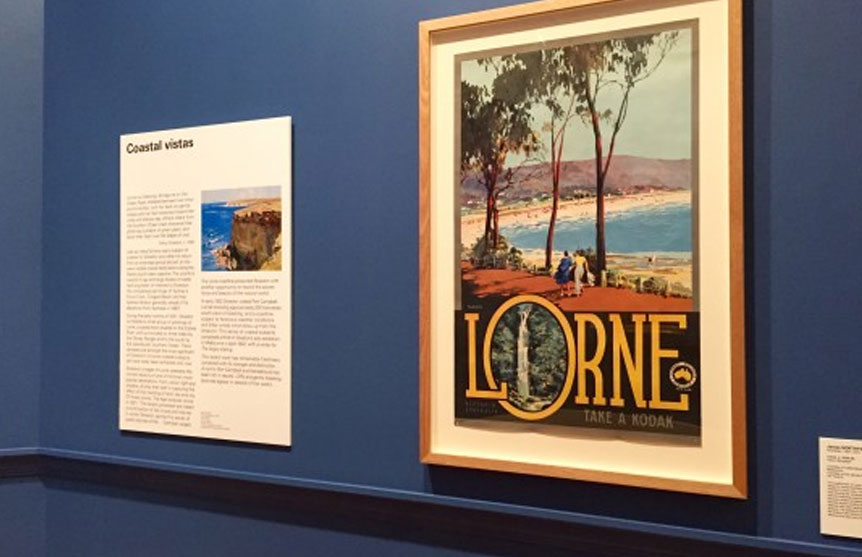 Last Friday gallery owner, Brett Ross, attended the opening of  “Land of the Golden Fleece—Arthur Streeton in the Western District” at the Geelong Gallery.

Running from the 27th February through to the 13th June 2016, the exhibition centres around Arthur Streeton’s landscape paintings of Victoria’s Western District and coastal vistas from 1920 to 1932, including Lorne, Port Campbell, Dunkeld, Halls Gap and the Grampians etc.
Alongside such works by Streeton, the exhibition includes travel posters by Geelong-born artist James Northfield.
In fact, Northfield’s composition has been likened to Streeton and the Heidelberg School, where he captured similar landscapes.
We are very proud to have our “Lorne, Take a Kodak”,1935, featured in the exhibition.
“He [Northfield] was one of a small band of commercial artists who in the 1930s were very involved in travel posters for the Victorian railways … Northfield completed posters that link in with some of the destinations in Streeton’s paintings” – Lisa Sullivan, curator at Geelong Gallery.