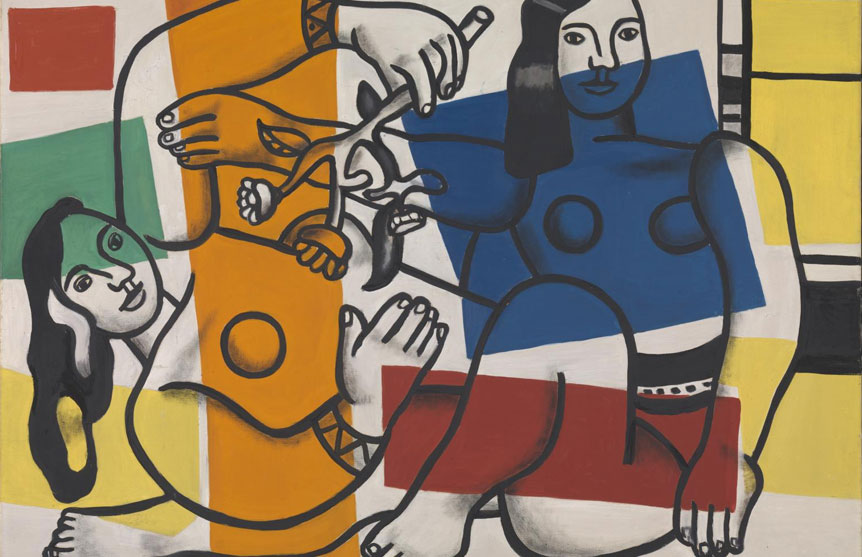 The recently opened exhibition of works by the French painter, sculptor and film maker, Fernard Leger is the first of its kind to showcase works by Leger in thirty years. The exhibition brings together over forty years of work highlighting the artists extensive career.

Leger became actively engaged in painting when he was twenty-five living Montparnasse, an area of Paris. Leger’s paintings at that stage were very much in the style of Cubism. Although painting in the Cubist style, Leger used his own personal touch, creating an entirely new style all together, which critics referred to as,  “Tubism” in reference to the cylinder/tube-like shapes found within this paintings. 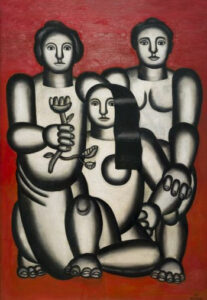 Although known predominantly for his paintings, Leger also directed and produced independent films such as his famous, “Ballet Mecanique,” in 1924. His breadth of work also includes set designs, book illustrations, murals, mosaics, and sculptures.

Eventually moving away from Cubism, Leger’s paintings became increasingly more abstract, and by the early 1920’s often included a more figurative element. During the 1930’s, Fernand Leger moved to New York, where he thrived off the bustling city and was heavily influenced by the landscape. He returned to Paris in 1945 after World War II, and passed away ten years later.