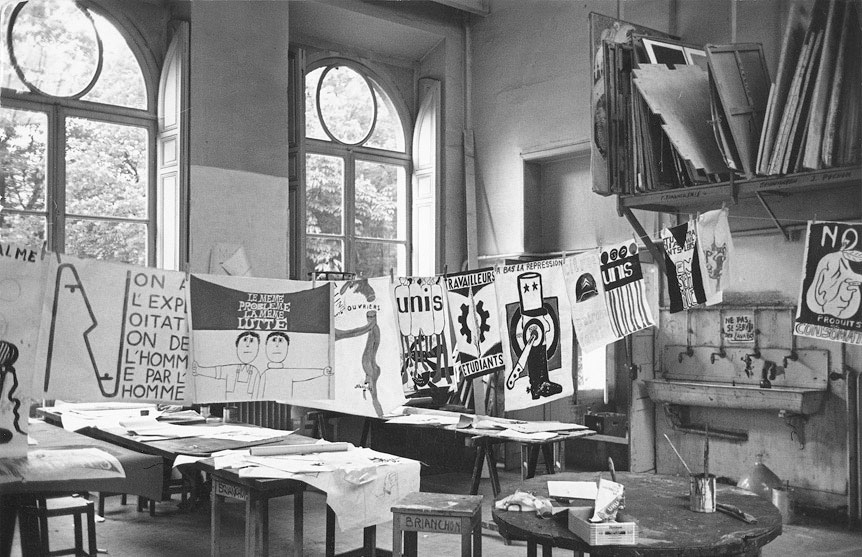 The posters of the Paris 1968 uprising comprise some of the most brilliant graphic works ever to have been associated with a social movement. The use of pop-derived graphics in the iconic posters of the Atelier Populaire were used to protest American-style capitalism and imperialism in the events of May 1968 in France. In 1960s France, American pop art was largely perceived to be an infantile neo-dada provocation, an attack on painterly technique via mass media images and the ideological agent of a foreign consumer society.

In the Paris of 68, pent-up frustration over poverty, unemployment, the conservative government of Charles de Gaulle, and opposition to the Vietnam war, gave rise to a mass movement for social change. In the month of May, workers and students took to the streets in an unprecedented wave of strikes, walkouts and demonstrations.

During those days of turmoil the Atelier Populare (Popular Workshop) was formed. The faculty and student body of Paris’ main art school, the Ecole des Beaux Arts, were on strike, and a number of the students met spontaneously in the printmaking department to produce the very first street posters of the revolt.